Home of the “Hilltopers”, Western Kentucky University is located in Bowling Green, a small city with a population of around 60,000, approximately 100 miles south of Louisville and just 65 miles away from the exciting and musical city of Nashville. WKU’s hilltop campus is a friendly place for international students, looking to fulfill their dreams of studying abroad in the US.

To give you an idea of how ranked Western Kentucky is, just during the 2017-18 academic year, the university earned more than 35 top recognitions among U.S universities for its well-known academic programs. The U.S. News & World Report named WKU one of the top public schools and within [...]
Read more

[...] the best colleges for veterans. WKU also ranked #72 on its MBA and it was also named #1 Value College in the Top Best Online Colleges in Kentucky. Nationally, Western Kentucky University is in the top five most affordable online colleges for MSW Programs, Master’s in Education Technology, and Master in Teacher degrees.

WKU’s offers 101 academic Undergraduate majors that lead to the baccalaureate degree and 111 academic minors are available to both local and international students looking for a program abroad in the U.S. Nine associate degrees are offered along with 37 undergraduate certificate programs.  Choosing the right major for your studies abroad is crucial and Western Kentucky is making sure you have plenty of options.

Western Kentucky University’s mission is to prepare students of all backgrounds and nationalities to be productive, engaged, and socially responsible citizens of a global society in need of leaders. The University provides research, service and lifelong learning opportunities for its students, faculty, and other constituents.

WKU proudly boasts a diverse campus, where students from many countries converge and make the school a better place. International students can be sure that Western Kentucky is an open institution where individuals from different backgrounds are welcome as long as they meet the educational standards that make the institution what it is. WKU is home to more than 1200 international undergraduate and graduate students from 70 different countries. From our wide array of programs of study to our beautiful hilltop locale, we want to give you every opportunity to succeed both in career and in life reason why WKU is a great option for your studies abroad.

“I have studied in several different educational systems and the U.S. system is my favorite. WKU gave me a purpose and a place to call home. I found friends who I can call family and career connections that will last a lifetime” says the testimony of WKU international student and President of the Iranian Student Association Nima Morad zadeh Esmaeili on the universities’ most recent brochure. More than 1200 students have proved that what Nima is saying is true and studying abroad at WKU has been an incredible experience.

Western Kentucky is engaged in internationally acclaimed, student-and-learning-centered academic programs. The university provides students of all academic, family, cultural and ethnic backgrounds with demanding academic programs in education, the liberal arts and sciences, the health sciences, and business, with emphasis at the baccalaureate and masters levels, complemented by challenging associate and doctorate degrees. The University is committed to ensuring value in a rounded learning experience through high standards for student success and conduct, a very strong and prepared faculty, technological innovation, individualized attention, broad access, and public accountability for actions and outcomes. Out-of-the-classroom and study abroad experiences enhance learning, promote diversity, and contribute to the success of the student body.

WKU is also very proud to state that each year, its students earn respected academic scholarships and national recognitions such as the Harry S. Truman Scholar, Thomas R. Pickering Foreign Affairs Fellowship, Charles B. Rangel Scholars, Fulbright U.S. Student Program, Critical Language Scholarship, David M. Boren Scholarship, and National Science Foundation Graduate Research Fellowship, just to name a few. Reputation and respect within the industry is a value factor to be considered when planning to study abroad, especially in the US where there are so many choices.

WKU was also recognized on the opening list of Gilman Top Producing Institutions and “Priority Achievements” lists for institutions with the most diversity in overseas destinations and for sending to study abroad the most first-generation students, ethnic minority students and students studying in STEM arenas, a recognition that is as valuable as the US university rankings themselves, especially for international students.

Also, for four years non-stop and five times overall, Western Kentucky University has been named a top producer of Fulbright U.S. Students having tied for fourth place nationwide among master’s degree-granting institutions, for the 2017-18 year. The winners either conduct independent research, study, or arts projects or teach English and American culture in up to 140 countries around the world for up to a year.

The school of Journalism at WKU maintains a long history of being among the top within US universities. The university won the Hearst Intercollegiate Overall Award in 2018 and several years prior. In 2018, WKU also won first place for multimedia and photojournalism along with individual student awards.  WKU’s College Heights Herald and Talisman won three Pacemaker Awards in 2017-18, the nation’s highest honor for student publications.

Now, if you are interested in their academic programs, let us tell you about WKU history and give you a better idea of what’s behind the foundation of the institution. What we now know as Western Kentucky University began as a normal school. The, then state-supported school took over the building and student body of the privately owned Southern Normal School and his  owner, who had been actively involved in the campaign to establish teacher training schools, became WKU’s first president. Classes started on January 22, 1907 and operations continued four years.

On February 4, 1911, the school moved to its current site on “the Hill,” approx. 125 feet over downtown Bowling Green. By then, the curriculum of the school focused on teacher training and certification, over the next decade and in 1922, the state renamed the institution Western Kentucky State Normal School and Teachers College and authorized it to grant four-year degrees.

In 1969, Dero Downing became president and served for ten years. Dr. Downing had taught at WKU prior to becoming president. Later, John Minton was appointed president on January 31, 1979 and served until July 31, 1979, when Donald Zacharias was appointed president and after him, Kern Alexander, and Thomas Meredith, who took office as WKU’s eighth president on August 31, 1988. He was also tied to the university through his graduate work. Among his accomplishments were the introduction of WKU’s first strategic plan and numerous new master’s degree programs. The campus became fully computer-networked and two new residence halls and a health and activities center unwrapped.

On the 21st Century, the university changed tremendously. WKU’s ninth president, Gary A. Ransdell, was appointed on September 12, 1997, also the College of Health and Human Services was established in 2002 offering degrees at the associate, baccalaureate, masters and doctoral degree levels.

WKU has offered classes at three different campuses, beyond Bowling Green: Elizabethtown-Fort Knox, Owensboro and Glasgow. Through the years, Western Kentucky students have enjoyed an friendly environment on a vivacious campus and are encouraged to become involved in community service, research and study abroad. A century of growth has made WKU a well ranked center of learning and a place where students can succeed. When doing your studies abroad, learning that your university has been working for decades to offer excellence to their students, is priceless.

Nowadays, WKU’s new president is Dr. Timothy C. Caboni, who began his duties as president on July 1, 2017. The new director is focused on taking Western Kentucky University to the next level, transforming the lives of thousands of students that attend their programs, including those studying abroad in the U.S., and elevating communities.

History, culture and vision describe this university, strategically located on the top of a hill. Fairly close to the magical cities of Nashville and Louisville, International students can be sure that in WKU they can find a home away from home. When planning to study in America and choosing your university, diversity is key, and this is something that WKU exhibits proudly. With more than 70 different countries represented and over 1200 international students, studying abroad in Western Kentucky is definitely a life changing experience.

Interested? Want more information about how to study abroad in the U.S. at Western Kentucky University? You can contact EduBoookings.com today and find out why this is the right fit for your education abroad. 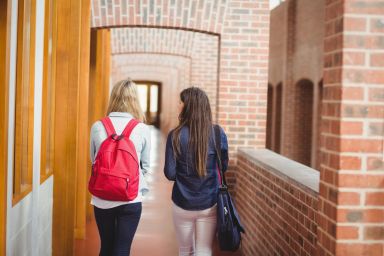 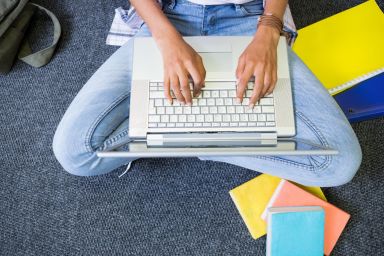