Virginia Tech university offers about 280 undergraduate and graduate degree programs to more than 34,000 students; and manages a research portfolio of more than $521 million. Virginia Tech’s college of Engineering is ranked #9 in the Nation by the U.S News & World Report and is one of the most popular universities in the U.S among international students.

The university fosters a collaborative atmosphere that combines technology into all disciplines, so that the Virginia Tech community can serve as a force for positive change around the commonwealth, the country, and the world. Studying abroad at Virginia Tech will open a new world of opportunities for you and EduBookings can help [...]
Read more

Virginia Tech offers a very hands-on, trans-disciplinary approach to students, in a mission to prepare them to be leaders and problem-solvers. As the commonwealth’s most comprehensive university and one of the most popular universities in America, the school is home to hundreds of international students every year.

Virginia Tech’s motto is Ut Prosim (That I May Serve) and it shows through experiential learning, future-focused research, and an inclusive, spirited culture.

Founded in 1872, Virginia Tech has a 2,600-acre main campus, educational and research facilities across the state, a study abroad site in Switzerland, and a 1,800-acre agriculture research farm near the main campus. The campus property is located in the Town of Blacksburg, in the Montgomery County in the New River Valley; and is 38 miles southwest of Roanoke. Studying overseas in a beautiful campus like this one, enhances the experience to the international student.

Virginia Tech offers more than 110 bachelor’s degree programs through seven undergraduate academic colleges: Agriculture and Life Sciences, Architecture and Urban Studies, Engineering, Liberal Arts, Human Sciences, Natural Resources, and Environment. Pamplin College of Business, and Science, are also available to those studying internationally. On the graduate level, the university offers approximately 170 master’s and doctoral degrees through the Graduate School, a professional degree from the Virginia-Maryland College of Veterinary Medicine, and a medical degree from the Virginia Tech Carilion School of Medicine.

Virginia Tech is ranked 43rd overall in the National Science Foundation’s annual survey of US universities research expenditures with $521 million, 24th among public research universities and it is one of the most popular universities in America. Virginia Tech keeps ranking in the top 5 percent of U.S universities in research expenditures and is the only Virginia institution in the top 50. The university has extensively respected strengths in agriculture, biotechnology, information and communication technology, human health, transportation, energy management (including headship in fuel-cell technology and power electronics), security, sustainability, and a broad range of other engineering, social science, scientific, and creative fields. This research led to 34 patents and 46 license and option agreements in fiscal year 2016.

Virginia Tech’s budget for 2017-2018 is $1.5 billion and is included of two state agencies — the University Division and the Cooperative Extension/Agricultural Experiment Station division — and five major programs. The state appropriates a portion of the funds, but most originates from student tuition and fees, grants and contracts, sales and services, federal sources, user fees, and other sources.

To understand more about Virginia Tech’s culture and, we have to talk about the logo that is grounded in tradition yet focused on the future. The font reflects the VT-shaped educational experience. The vertical bar of the T signifies disciplinary depth, while the horizontal bar reflects the ability to work across disciplines. The arms of the V represent applying knowledge in real-world settings and the spirit of Ut Prosim. The logo’s openness and shape highlight Virginia Tech’s identity as an inclusive community that thrives at the intersection of academic disciplines. This new and improved logo was implemented in September 2017.

Also, a very important icon of Virgina Tech is The HokieBird, the university mascot, who evolved from a live turkey paraded on the playing field to a hand-sewn costume with a papier-mâché head to today’s professionally manufactured outfit. A costumed mascot, which eventually evolved into HokieBird, first took the field in the fall of 1962. For international students submerging themselves into the American university culture is part of the whole experience of studying abroad. That is why learning about the symbolism and history of the university is very significant.

In 1913, a local resident named Floyd Meade and nicknamed “Hard Times,” who was chosen by the students to serve as the team’s mascot, trained a turkey that he could make gobble on command at the university games. Although the nickname “Gobblers” had been used sporadically for about 10 years, fans and sports writers enthusiastically began to use it more often.

The term “Hokie” was created by O.M. Stull when he wrote the “Old Hokie” spirit yell, first used in the fall of 1896 (“Hoki, Hoki, Hoki, Hy / Techs! Techs! VPI”). Fans started calling Tech teams “Hokies” as well as “Fightin’ Gobblers,” but the latter nickname prevailed. In the 1980s, a football coach who didn’t like the gobbler image encouraged the use of the nickname Hokies, and the two names evolved into the HokieBird.

But, what is a Hokie? The origin of the word “Hokie” has very little to do with a turkey. It was invented Stull who used it in a spirit yell he wrote for a competition. Virginia Tech was founded in 1872 as a land-grant institute and its name was Virginia Agricultural and Mechanical College. In 1896, the Virginia General Assembly formally changed the college’s name to Virginia Agricultural and Mechanical College and Polytechnic Institute, a name so long that people shortened it in popular usage to VPI. The original college cheer, which referred to the original name of the institution, was no longer suitable. So, a contest was held to select a new spirit yell, and Stull won the $5 top prize for his cheer, now known as Old Hokie.

Years later, the phrase “Team! Team! Team!” was added at the end, and an “e” was added to “Hoki.” Since the university had a new name and a new shout, new college colors seemed to be the next step. During 1896, a committee was formed to find a suitable combination of colors to replace the original colors of black and gray, which appeared in stripes on athletic uniforms and presented an image resembling prison uniforms.

History and culture has always been crucial in all universities in America, and for an international student, getting to know exactly where he or she is studying at is vital. Virginia Polytechnic Institute and State University formally opened on Oct. 1, 1872, as Virginia’s white land-grant institution (Hampton Normal and Industrial Institute, founded in 1868, was designated the commonwealth’s first black land-grant school. This followed until 1920, when the funds were shifted by the legislature to the Virginia Normal and Industrial Institute in Petersburg, which in 1946 was renamed to Virginia State University by the legislature). During its existence, the university has functioned under four different names. The founding name was Virginia Agricultural and Mechanical College.

At Virginia Tech, your education extends beyond our classrooms. You will find countless opportunities to explore new interests, expand your knowledge, meet new people, and become involved in the university community, all matters that shape the experience of the one studying aborad. We are sure you will find something that suits your interests!

Whether you’re looking for musical bands or robot wars, there’s a club for every single student at Virginia Tech. In fact, more than 700 student clubs and organizations are active on campus. And, hey, it only takes three people to start your own. Virginia Tech also has award-winning dining centers, including all- you-care-to-eat facilities, a la carte food courts, a gourmet coffee and ice cream shop, and grab-and-go food shops. Blacksburg, meanwhile, offers more than 200 shops and restaurants featuring a range of cuisines. Many grocery stores in the area carry imported food items.

The town of Blacksburg is nestled on a plateau between the picturesque Blue Ridge and Allegheny mountains in southwestern Virginia. Home to about 43,000 residents, the town is considered small by most any standard — but don’t let its size or location fool you, plus Virginia Tech’s location is one of the favorite features of those studying overseas.

Convinced now? Get ready to study in the exciting, highly ranked Virginia Tech. EduBookings will do the entire process for you so you can focus on studying abroad and succeeding in this top U.S. university. 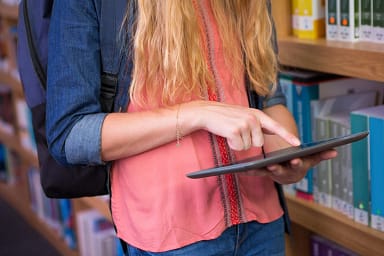 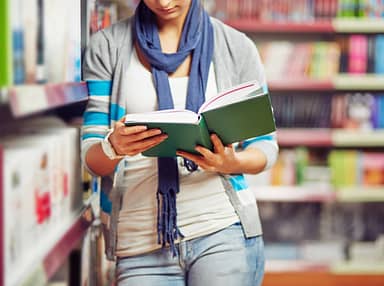